Buxus can be pruned very well and has the ability to form new shoots on old branches. To keep shaven shapes and hedges nice and taut, two pruning sessions per year are necessary. 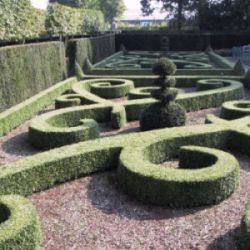 In the past, the first pruning was carried out at the beginning of June, after the first growth peak, followed by a second pruning in September/October so that the plants can enter the winter in a tight condition. Pruning is best done in cloudy weather to reduce leaf burn. By cutting, some of the leaves are damaged and turn brown. These damaged leaves fall off after a few weeks and the plant sprouts again with young, fresh green shoots.

Due to the dry and hot summers in recent years, we also experimented with one pruning in March.  Slow growing species only need to be pruned once a year. This saves on labour and pruning waste.

Buxus is best trimmed with an ordinary pair of hedge shears. However, choose quality shears so that pruning remains a pleasure. It is also important to keep the blades razor-sharp.

TIP:   Regularly cleaning the blades with water reduces tarnish on the blades and makes cutting easier.

Hedges and massifs are best trimmed with electric or motorised hedge trimmers. This allows you to shave and keep a straight line. If the blades are kept sharp, the leaf damage is not too bad. These devices also allow you to work much faster than with hand shears.

The so-called "buxus shears" on the market are only suitable for light trimming of shapes. It is better to buy a decent hedge trimmer. Especially the Japanese shears are highly praised by professionals.

Drastic rejuvenation of an old hedge or shaven form is best done in winter. The plant will then have the opportunity to produce new buds and regrow early in the spring. It may take some time before the plant has fully recovered. Extra fertilisation is certainly recommended. 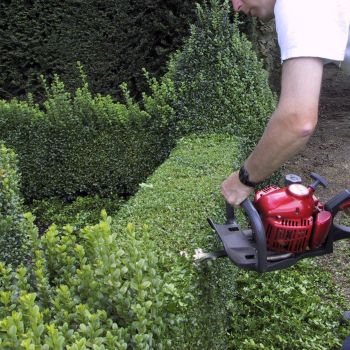 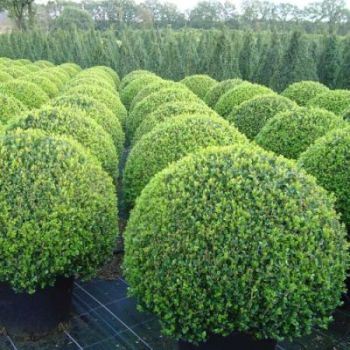 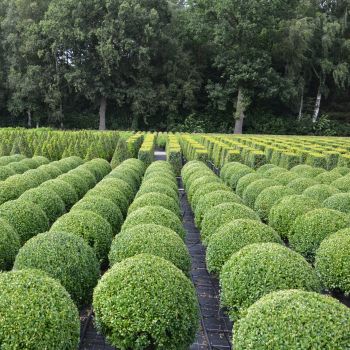